Population Policies: Problems and solutions to an uneven population structure.

Aim: To find out how government policies have impacted upon birth rates in different countries around the world.

The following activity is taken from geographypods.com

Why do governments want to control the birth rate and how do they communicate this to their people? You have five minutes to create your own slogan to encourage (pro natalist) or discourage (anti natalist) the fertility rate of a population.

Make a note of you slogan.

Click here to be taken to a website that has some of the most famous policies and how they were ‘advertised’.

i. Choose three posters and copy them into the work sheet below

ii. Annotate around each poster the message and how the government is trying to persuade their people to conform. Don’t forget to explain what they are suggesting. 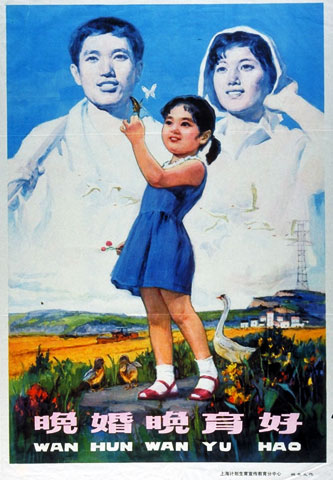 Translation: “It’s better to marry and have children at a mature age.”

An anti-natalist policy is concerned with limiting population growth by encouraging the population to have less children. The most famous example of this is in China and a policy called ‘The One Child Policy’.

33 years in 10 minutes. Watch the video below and take notes using the worksheet .

The key questions that you should answer are

i. Three key points of OCP

ii. Exceptions to the OCP rule (for Han Chinese Population)

iii. How to enforce the OCP (that doesn’t sound too bad)

iv. If you had a second child, what would happen?

vi. What was the target population? What was achieved?

vii. Is the OCP still in place? What happens now?

ix. What is the ‘Spare Branches’ problem?

x. What is the ‘Little Emperor’ problem?

Task 4 – Create a single page summary of the One Child Policy in China. The resources below will help you complete this task

For a named country, state a policy which has been used to influence the rates of population growth. Describe the impacts of this policy. (7 marks)

You are to work independently to find out the reasons why the OCP has been relaxed from 2016 onwards. Use the embedded FLIPBOARD below that Simon Armitage has collated.

It has a vast amount of information on the situation. Scroll down from the home image to access this information.

Why has it been relaxed? – Look for information on the negative social and economic impacts since 1979.

Will a two child policy make things better? – What do people say? Can you find two conflicting points of view?

Write your notes up on a Word document under the title above.

Below are two examples of Pro Natalist policies. One from Japan and the other from France. You are to chose one case study and use the framework below to summarise the policy. 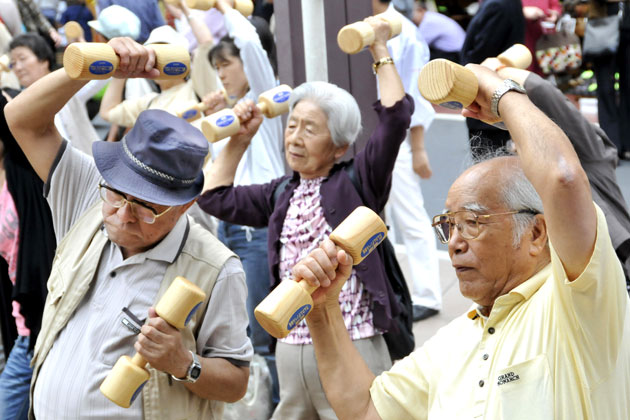 Japan population to shrink by one-third by 2060

The Japanese population is expected to shrink by one third in the next half century, a government report says.

Discounts and time off work: how Japan is battling a birthrate in decline

The Health and Welfare ministry estimates that 40% of the population will be of retirement age by 2060.

Many areas of Europe have a low fertility rate because of the following reasons:

France was a country with concerns that professional women were choosing not to have children. The government were worried that the population was not going to replace itself over time.
The policies that were put in place to encourage three-children families were:

This has resulted in mothers considering having children and remaining in work. The fertility rate in France is one of Europe’s highest.
(from BBC Bitesize)

1. Women are being educated

Around half of all Indian women cannot read or write (illiterate). However, in Kerala 85% of women are literate. Better educated women are more likely to keep their children healthy. Therefore infant mortality has dropped. This has led to a drop in birth rates. If children are surviving families no longer have to have a couple of extra children to replace those that die.

3. The status of women has improved significantly 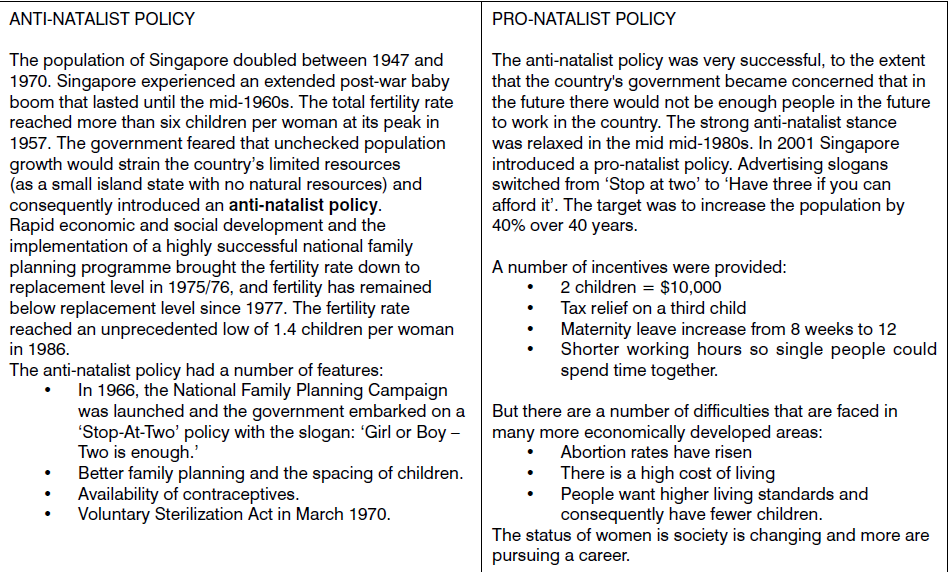