At the end of this unit you will be able to;

Task 1: Where is Eyjafjallajökull?

Task 2: Why did the eruption happen? 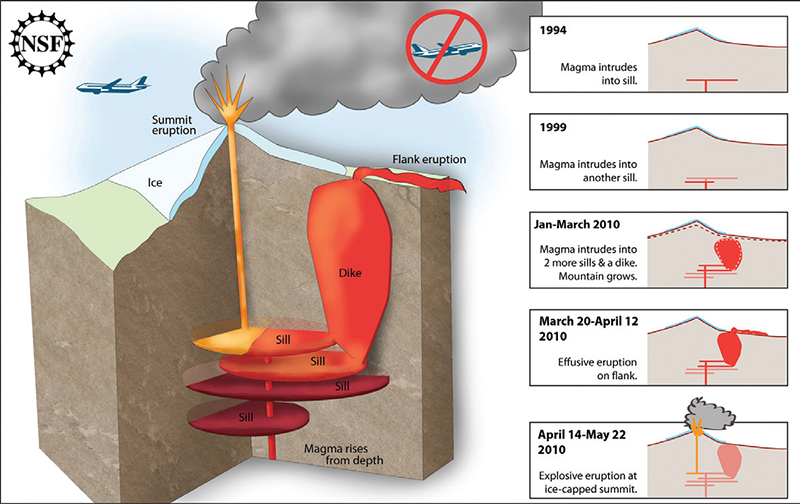 Using the diagram above, explain why volcanoes occur on Iceland. (5 marks)

b) What type of Volcano is Eyjafjallajökull?

c) Describe the Lava flow produced by the eruption.

d) Which area of the island was worst affected by the Lava flow?

e) What is Tephra and how does it form?

f) Describe the ash plume created by the eruption.

g) How did the eruption result in flooding?

h) How big was the flood?

a) What damage was caused by the flood?

b) Give two problems that this damage may have caused for the local economy.

c) How many farmers were evacuated?

d) How many farms were destroyed as a result of the eruption?

e) How did the ash impact that years harvest on the farms that survived the eruption? (You will need to watch the, “Case Study Video,” to answer this question.

f) What impact did the ash have on the local water supply?

Describe the economic and environmental impact of the eruption on

Read through the slideshow below and add any further information to your workbook.

Task 6: Can we reduce the risk?