Why would the American President want to build a wall?

Why did this poster appear in Britain? 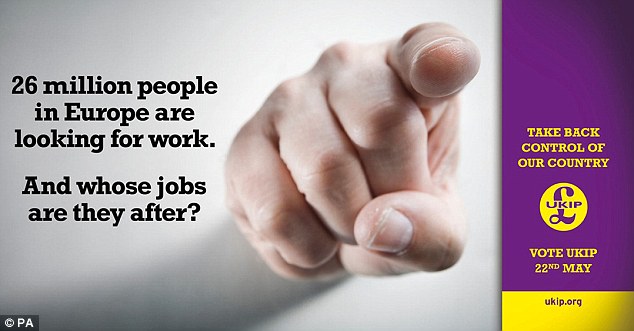 Why have the SVP in Switzerland produced this poster?

‘No human being is illegal’: linguists argue against mislabeling of immigrants

Before we go any further we need to sort out some vocab. Every unit has vocab but in this unit the vocabulary is often used incorrectly and often with a rather negative connotation.

“A study by the Migration Observatory at Oxford University analysed 58,000 UK newspaper articles and found that illegal was the most common descriptor for the word immigrants.”

a) Use dictionaries and the internet to find definitions for the following terms.

b) When you have finished the task, read this article from the BBC on the use of these words by the media.

From Mexico to the USA: Economic Migration Case Study.

1) Create a table with two columns that shows the comparative economic and social situation in Mexico & USA. Use the CIA factbook to get the data.

2) Use this page and resources from geographyalltheway.com and geographypods.com to annotate a copy of Lee’s Model. 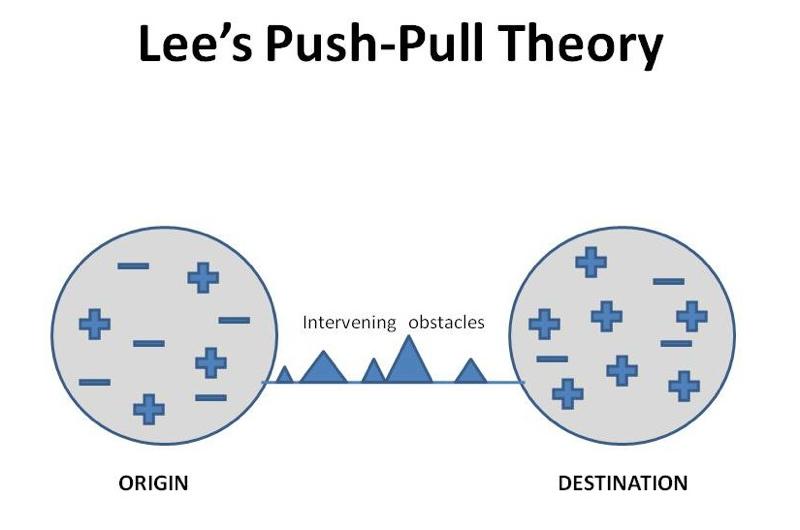 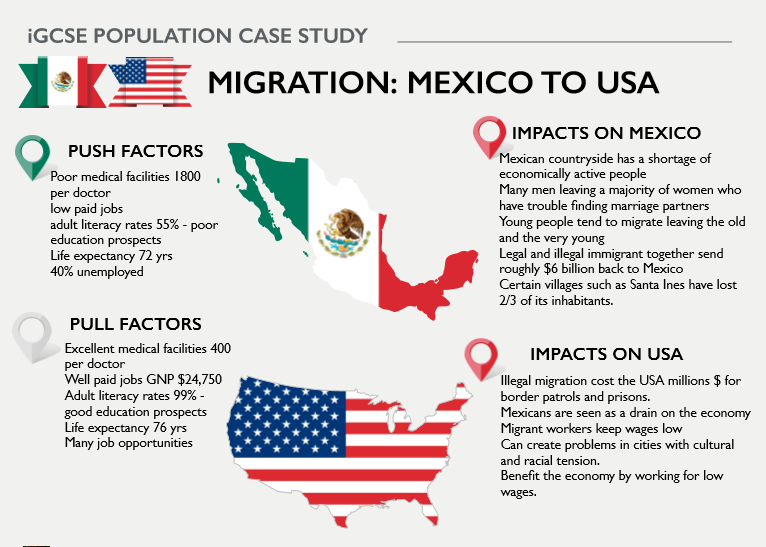 Homework Task: Your Family as a Case Study of Migration

Many of you will have migrated from one place to another. It may be from one country to another country, one region to another or even from the countryside to the city or city to countryside. These are all examples of migration. Take home a copy of Lee’s model and discuss it with your parents. What were the push and pull factors that affected their decision to move.

The Impacts of Migration:

Impacts on US (positive and negative)
According to the U.S. Department of Homeland Security, Mexico is the country of origin for the largest numbers of illegal immigrants in the USA with 6,570,000 migrants, which is 57% of all illegal migrants.

Impacts on Mexico (positive and negative)
More than half of the estimated 11 million Mexicans residing in the US are there illegally, according to a report by the Mexican government.
There are more Zacatecans now living in Los Angeles than in the city of Zacatecas.

Describe and explain the impacts of migration the country of origin (Mexico) and the destination country (USA). (5) 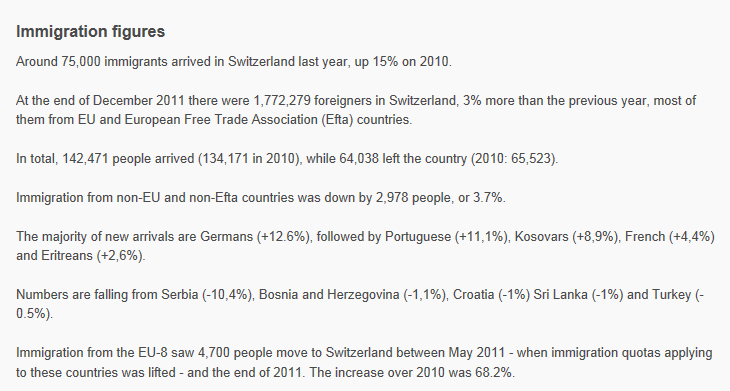 One of Switzerland’s biggest assets is its capacity to innovate which goes hand in hand with increasing international mobility according to Foreign Minister Didier Burkhalter.

The Swiss government will re-introduce quotas for immigration from eight eastern European countries as part of a labour accord with the European Union.

Justice Minister Simonetta Sommaruga has warned against downplaying the negative consequences of Europe’s liberal immigration regulations for Switzerland, while at the same time pointing out that the country owes its prosperity in part to foreign labour.

Why Portuguese seek work in Switzerland

More than 230,000 Portuguese citizens live in Switzerland. And the financial crises means the number is growing. Immigration expert Rosita Fibbi tells swissinfo.ch about the people who “don’t make many demands and who know their place”.

One in ten Swiss lives abroad